This is Bluey’s Big Play! And it’s really for real life!

When Dad feels like a little bit of Sunday arvo time out, Bluey and Bingo have other plans! Join them as they pull out all of the games and ingenuity at their disposal to get Dad off that bean bag.

Join The Heelers in their first live theatre show made just for you, featuring brilliantly created puppets, this is Bluey as you’ve never seen it before, brought to real life!

Additional seats were released on Thursday, 1 April for the following shows:

Bluey’s Big Play is presented by BBC Studios and Andrew Kay in association with QPAC’s Out of The Box and Windmill Theatre Co.

Suitable for all ages, recommended 2+ years.

As you would know from previous communication, Bluey’s Big Play – The Stage Show is now scheduled for Tuesday 27 and Wednesday 28 July 2021.

Your existing tickets have been automatically transferred to the corresponding day of the new event dates. We may still need to allow the appropriate amount of distance in line with physical distancing and Covid-19 safety measures may still be in place. Our theatre may look a little different but your Bluey experience will always be wackadoo. At this time your seats are the same, unless you have requested some change. 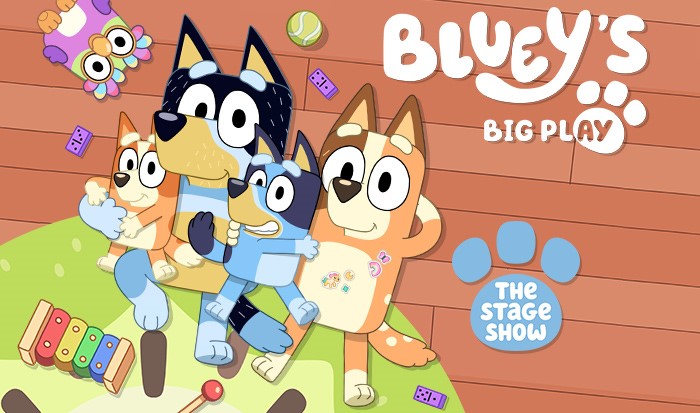 All Bluey tickets will be printed and sent to you by early July 2021. Please keep your original email confirmation as a record for your reference.

We can’t wait for Bluey’s Big Play – The Stage Show to come to our venue. We reckon it will be even better that a family trip to Hammerbarn. Thank you for your patience as we all work within a changing environment.

Please note that Bluey Tickets are no longer refundable, as this period expired at the end of February. We will still allow exchanges into a different performance time, subject to availability.