We look forward to welcoming you back. Please note it is a current Government directive that all patrons aged 18 years and over must show proof of their COVID-19 vaccination status as a condition of entry to our venue.  Please review the conditions before booking.

Andy Griffiths’ & Terry Denton’s best-selling book comes to life on stage for children 6-12 and their adults!

Would you please welcome to the stage… Andy and Terry!

Yes that’s right. Today's the day Andy and Terry are going to bring their stories to life in their first EVER play – except they forgot to write it!

Where will they find flying cats, a mermaid, a sea monster, an invasion of monkeys, and a giant gorilla?

Here is your chance to see the first show in the award-winning ‘Treehouse’ series with the return of the one and only, super-famous, ultra-brilliant, runaway success, The 13-Storey Treehouse. We take you right back to where it all began.

Following sold out seasons at the Sydney Opera House and theatres across the country, the play based on Andy Griffiths’ and Terry Denton’s best-selling book returns to the stage AND YOU’RE INVITED!

Adapted by Richard Tulloch (The Book of Everything, Bananas in Pyjamas), this hugely successful play is brought to life by a seriously funny cast with magical moments of theatrical wizardry and a truckload of imagination!

“My eight year old co-reviewer loved the show… has the kids engaged and amused from the outset.”
THE AUSTRALIAN

“Wow!…goes to the edge of the ridiculous to get a laugh.”
SYDNEY MORNING HERALD

Recommended for children 6-12 and their adults 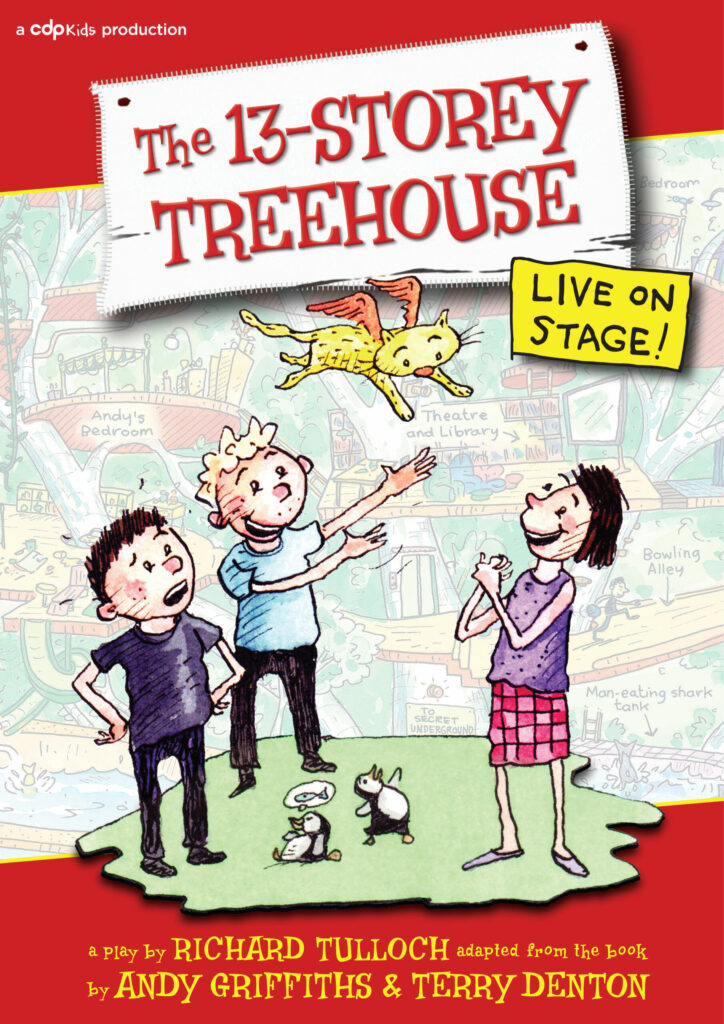 Posted in Past events and tagged 0412
X